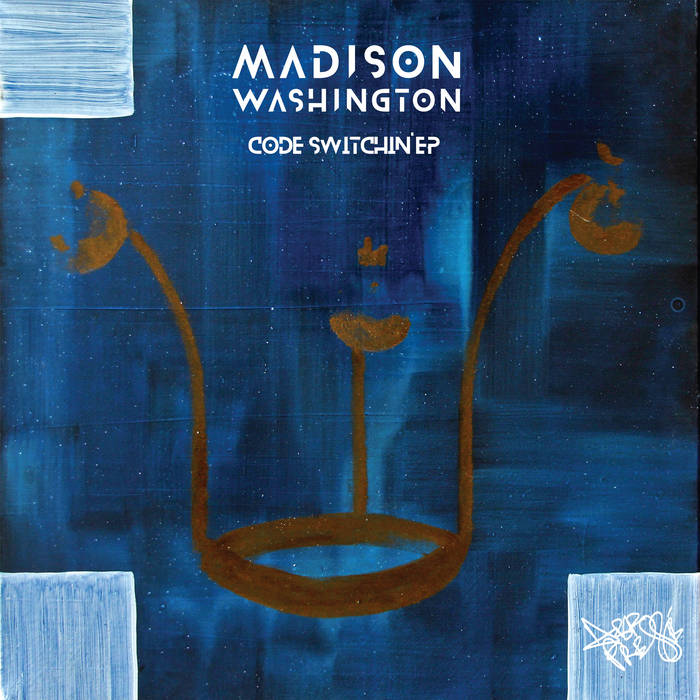 “Code Switchin showcases beats from the tailored UK producer that man monkz who has worked with names like Eric Rico and Toddla T. Like all the best concept projects, Code Switchin stands out from a sea of inept white noise. In fact, with its nod to old skool sensibilities it is the verbals that shine in Code Switchin. Of course, we know that rap and poetry are synergic disciplines. With the Paris based wordsmith Malik, the synergies are glaring. His slightly gravely vocals reminiscent of Wu Tang in their pomp blare out in gorgeous tailored syntax.”-Itchy Silk

“New York-Yorkshire monopoly Madison Washington show the power of non-conformity on the ‘Code Switchin’ EP, a half dozen shake up where Malik Ameer and thatmanmonkz keep their cool when mixing rolling funk and flows, and creating scenes with arch alchemy.” –Rapture & Verse

“On Madison Washington’s distinctive ‘Code Switchin’, Malik Ameer is on wheat/chaff sorting duties with a gravelled larynx unafraid to put it on the Ritz, with thatmanmonkz planing down a double bass on the boards until it’s dagger sharp. ” –Monolith Cocktail


Madison Washington, the duo from New York and Sheffield is Malik Ameer, an emcee from California/New York and producer/DJ thatmanmonkz from Sheffield, England.

Malik Ameer is an established emcee in the experimental rap/jazz scenes of California and NYC. An internationally published poet that also hosts and curates Poets Live in Paris, France (the oldest running Anglophone reading series in Paris). As a producer and emcee, Malik’s worked with Leron Thomas, Jamika Ajalon, Jonathan Finlayson, Lorin Benedict, Josh Jones, Daniel Belquer, Otayo Dubb, Bayonics and Balance. He is the founder and editor for several lit journals in New York and Paris as well as writing for the likes of The Rumpus, PANK, Maintenant 11, Multiracial Media, and Onslaught Press.

thatmanmonkz deejays internationally and has found critical acclaim with several of his house tracks on his label Shadaleaf Records as well as his most recent album ‘Columbusing’. Working alongside artists such as Ta'raach, Erik Rico, Dave Aju, Nikki O, Pete Simpson, Khalil Anthony, Toddla T, Serocee…

Code Switchin’ marks an adventure into the duo's love of Hip-Hop. A thoroughly modern sound with a respectful glance at Hip-Hop’s past.


All tracks Written and Produced in New York, Paris, and Sheffield by Madison Washington.

Madison Washington is the brainchild of thatmanmonkz, a DJ/producer from Sheffield, England, and Malik Ameer, a rapper/poet from Oakland, California now living in Paris, France.

Bandcamp Daily  your guide to the world of Bandcamp

Serena Cherry debuts her black metal project, plus a Pick from the Crypt block from Svalbard